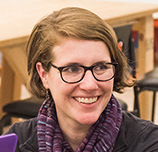 Amy Hurst is an associate professor of Human-Centered Computing in the Information Systems Department at University of Maryland Baltimore County and studies accessibility challenges in real-world settings. Her research focuses on addressing accessibility problems understanding diverse user’s abilities, habits, and preferences. At UMBC she founded the Prototyping and Design Lab (a collaborative making space for technologists and artists) and is an active member of the Interactive Systems Research Center. Amy received her PhD in Human-Computer Interaction from the HCII at Carnegie Mellon in 2010 and has an undergraduate degree in Computer Science from Georgia Institute of Technology.

Justine Cassell is Associate Dean of Technology Strategy and Impact in the School of Computer Science at Carnegie Mellon University, and Director Emerita of the Human Computer Interaction Institute. She co-directs the Yahoo-CMU InMind partnership on the future of personal assistants. Previously Cassell was faculty at Northwestern University where she founded the Technology and Social Behavior Doctoral Program and Research Center. Before that she was a tenured professor at the MIT Media Lab. Cassell received the MIT Edgerton Prize, and Anita Borg Institute Women of Vision award, in 2011 was named to the World Economic Forum Global Agenda Council on AI and Robotics, in 2012 named a AAAS fellow, in 2016 made a Fellow of the Royal Academy of Scotland, and in 2017 made a Fellow of the ACM. In 2017-2018 Cassell holds the Chaire Blaise Pascal in Paris, where she is a visiting researcher at the Sorbonne. Cassell has spoken at the World Economic Forum in Davos for the past 7 years on topics concerning the impact of AI and Robotics on society. 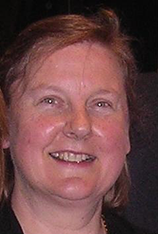 Helen Petrie is Professor of Human-Computer Interaction in the Department of Computer Science at the University of York. She is a Chartered Psychologist and Associate Fellow of the British Psychological Society and has degrees in both psychology and computer science. Her interest in accessibility started when she worked for the Royal National Institute for Blind People (RNIB) helping to design and evaluate one of the first screenreaders for Windows. Since then she has worked on many aspects of accessibility and assistive technology, particularly for visually impaired and older people. She has received a Royal Television Society Technical Innovation Prize, a Social Impact Award from the Association of Computing Machinery (ACM), and a Lifetime Achievement Award from the RNIB.