The Web4All keynote speakers challenge the limitations and expectations for accessible technology and user experiences. Explore the impact of artificial intelligence, personalization, bias, and the growing data brought in by sensors, cameras, user tracking, and social media.

Bias on the Web and Beyond: An Accessibility Point of View 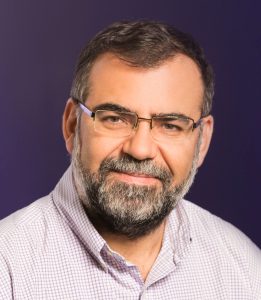 We are extremely proud to announce Ricardo Baeza-Yates will be a keynote speaker for the Web4All. He’s been a long time supporter of this conference as a mentor and teacher of multiple researchers, technologists, and conference leaders.

Bias has been intrinsically embedded in culture and history since the beginning of time. However, due to the rise of digital data, it can now spread faster than ever and reach many more people. This has caused bias in big data to become a trending and controversial topic in recent years. Minorities, especially, have felt the harmful effects of data bias when pursuing life goals, with outcomes governed primarily by algorithms, from mortgage loans to advertising personalization. While the obstacles they face remain an important roadblock, bias affects us all, though much of the time we are unaware it exists or how it might (negatively) influence our judgment and behavior.

Ricardo Baeza-Yates, Bias on the Web

Ricardo is currently CTO of NTENT, a search technology company based in Carlsbad, California; as well as Director of Graduate Data Science Programs of Northeastern University, Silicon Valley campus. Previously, he was VP of Research at Yahoo Labs.

Registration for the Web4All conference is available at WebConference 2020. Choose the 2-Day Pre-Conference Pass (Monday-Tuesday) option if you are only attending the Web4All Conference. Early bird registration discount ends March 19.

Please check the latest updates on the Web Conference Website.