Join us for the annual William Loughborough Memorial Address. Typically this is held at the end of the conference dinner, but with this year’s online format we’ve moved it to the end of Day 2. This year’s speaker is Mike Paciello, a legend in the accessibility community. Mike Paciello has also been a long-time supporter of the web conference and sponsor of the Accessibility Challenge.

The Gift and Undying Legacy of Web Accessibility

The Merriam-Webster online dictionary defines the word Legacy as “…a gift … often a substantial gift … something transmitted by or received from an ancestor or predecessor or from the past…” And so it was that nearly 25 years ago, at the 6th International WWW conference in Santa Clara, California, USA, the W3C bequeathed to all of us, the Web Accessibility Initiative (WAI). The conference theme was “Everyone – Everything – Connected”.

This keynote’s namesake, Bill Loughborough — a legacy in his own right — believed the WAI was a critical milestone toward achieving ‘Everyone – Everything – Connected’, particularly for people with disabilities. Is the WAI really a gift? Is Web Accessibility truly a substantial gift with a legacy? More importantly, if it is a gift, what are we — YOU — doing to express appreciation for that gift? Are you perpetuating the undying legacy of Web Accessibility? 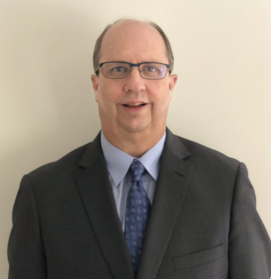 Mike previously served as co-chair of the United States Federal Access Board’s Telecommunications and Electronic and Information Technology Advisory Committee (TEITAC), co-founded the International Committee for Accessible Document Design (ICADD), and was recognized by President Bill Clinton for his contribution to the W3C Web Accessibility Initiative (WAI). He was the recipient of the 2016 Knowbility Lifetime Achievement award and 2020 ICT Accessibility Testing Symposium Social Impact Award.

About the William Loughborough Memorial Address

This has been an annual and eagerly-anticipated part of W4A since 2010, when it was introduced in memory of William Loughborough, a long-time advocate for accessibility and inclusive design. William was a talented technologist and engineer, and an enthusiastic supporter of W4A, regularly providing thoughtful feedback to presenters in his inimitable way. We invited William to speak at the W4A 2010 conference dinner in Raleigh, North Carolina; but sadly he died shortly before the event. So, in William’s honour, every year we invite a well-regarded speaker from the accessibility community to address the conference delegates with a speech that is likely to be provocative, challenging conventions, insightful and humorous—and always one that will give us food forthought. Find out more about William’s life and work.

Please join us April 25 and 26 for the 2022 Web For All Conference in Lyon, France. Next year’s event combines the best of in-person and online presentations and activities.